Pracitce these three dietary methods to prevent pre-diabetes Want to look like you just left the gym? 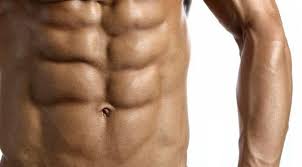 The allure of the ever elusive six-pack can be seen everywhere we turn today. On TV, in magazines and billboards you can’t help noticing the images of models with narrow waists and well-defined abs.

For many of these models it’s a part-time job and for others – it’s how they support themselves. Unless you are a regular at the popular gyms or a professional athlete, chances are that you don’t have many people like these in your circle.

You know why? To get a set of six-pack abs takes a lot of hard work and determination that the average person is just not in a position to do. If you are ready and willing to sacrifice hours in the gym, and preparing and eating foods that is out of your norm, then more power to you.

You can get those washboard abs if you put your heart and soul into it . . .  to the detriment of losing touch with normal daily activities such as spending time with your family and friends.

The goal of a pre-diabetic

As a pre-diabetic with risk factors such as being overweight or living a sedentary lifestyle, you initially want to lose the weight by starting an activity that will burn the excess calories and get you into shape. Beside adopting a healing diet this is the next best thing to do.

After you have reached your goals, maintaining that way of life doesn’t mean that you must hit the gym six days per week for two hours at a time. Or that you can’t have a pig-out night with friends and family.

However, to get and maintain serious six-pack abs means living a life of denial and dedication that’s hard to maintain.

Reasons for wanting a six-pack

You must have some compelling reasons for wanting to get abs like a model. I can understand if you are entering a bodybuilding competition or you are trying to impress a member of the opposite sex.

But think about it for a second. What good does having a washboard abs do you? Sure it tells the world that you fit and in shape but I can have a flat belly and still be in good shape. In fact, some of the guys and gals you see with visible six-pack are probably not as strong as you may think. It could also be genetics. Some people are just gifted that way. Yeah for them.

If you are a man trying to impress a woman – just know that abs are not at the top of the list of what attracts and keep them.

For a woman you will really have to live a life of denial to get a maintain that model look. The main reason for this is that you don’t have enough of the male hormone – testosterone – to get that look so you have to supplement.

What does it take to get a six-pack abs?

Body builders train for months before competition. Some of them are in the gym for upwards of six and seven hours six days per week. They eat a diet of lean meats and follow strict carb loading, and just before competition time they limit the volume of water they drink to give the appearance of leanness.

What happens after the contest is over is another story. Some of these contestants actually pass-out from posing and a lack of nutrients and have to be given an intravenously drip to replenish bodily fluids. And unless they have to do photo shoots – the first place they stop is the nearest restaurant to fill-up.

What should you do to prevent pre-diabetes? 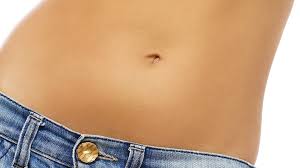 I admire the efforts of bodybuilders but I just want to get and stay in shape to prevent pre-diabetes from affecting my life.

And although many of us can get that look, it serves no functional purpose other than aesthetics. It doesn’t make me run faster or lift more weights or play my sport any better.

On the other hand, having a flat belly is more in line with maintaining a healthy and fit life style without the bother of doing endless cardio and pumping iron every day. Getting a flat belly will still take some effort but not like that of a bodybuilder.

In addition, some people’s body type is not suited to the six-pack types. For example if you have an endomorph type of body it will be especially difficult to develop a narrow waist and washboard abs.

To prevent pre-diabetes, we want to lose not just the fat from around our waist but all over our bodies and especially the fat around our vital organs – visceral fat. Stick to a workout program that targets fat. I practice HIIT three days per week along with resistance training to build muscles. As you all know by now the more muscles you have the more calories you burn.

If you have been diagnosed with pre diabetes follow your doctor’s directions. Do a workout that you can maintain for the rest of your life because that’s what it will take to prevent pre-diabetes from turning into full-blown diabetes.

You will get a flat belly but not necessarily a bodybuilder’s six-pack type abs. Maintaining their way of life is only a passing thing. You should see pictures of some of these folks after they hang-up their gloves. Not a pretty site.