Make small changes to improve your health and fitness

Some people are able to make changes in their daily activities very quickly in order to become fit, however the vast majority of us will need to make small changes over a period of time. The following article shows how we can make micro changes to improve our health and fitness. 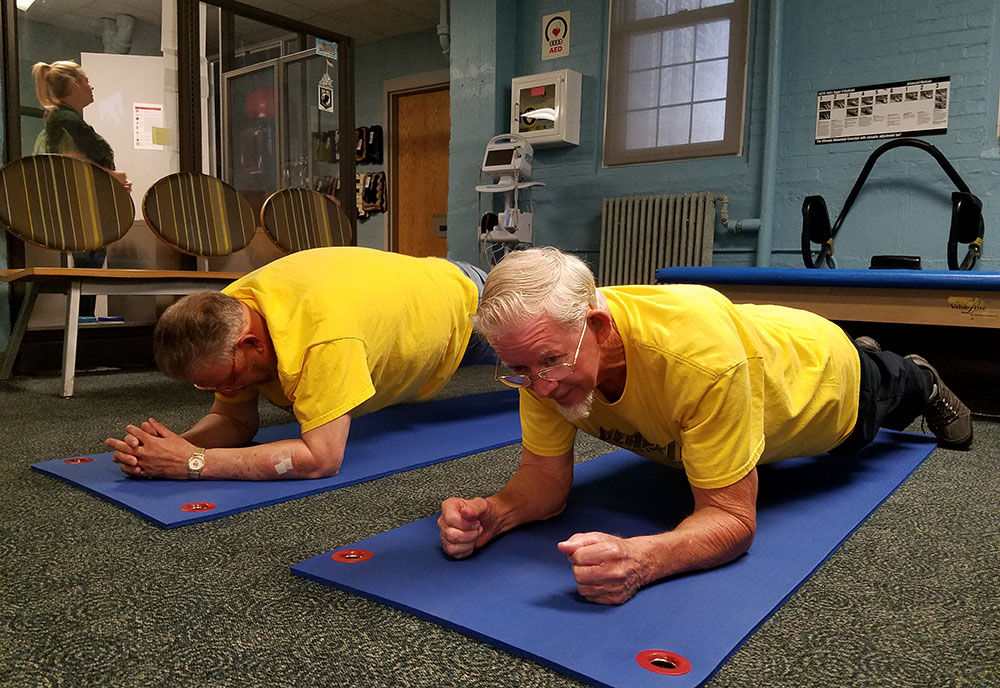 On a scale of 1 (low) to 10 (high), how happy are you with your overall physical health?

Physical health includes sleep, nutrition, physical activity and lifestyle behaviours (such as smoking tobacco, drinking alcohol and soon, smoking or consuming marijuana). Many people are not satisfied with their health or fitness level but become comfortable being uncomfortable and find making changes too daunting. If you have a personal experience where your physical health is a barrier, that can motivate you to make improvements.

· Ask anyone who after walking up a few flights of stairs and is huffing and puffing if they’d like to have better endurance.

· Ask someone who has fallen on the floor if they’d like to have the strength to lift themselves up.

One barrier to improving physical health is understanding that it doesn’t need to be hard. It can start with self-awareness of daily micro decisions.

Let’s use an example to illustrate. Jack is a 44-year-old male and works in a sedentary job. He was a about 50 pounds overweight, and gave himself a three out of 10 for his fitness level. He was frustrated by the demands on his time from work and home and didn’t see where he could find the time to invest in his physical health. This created a block for him, and his physical health declined year over year.

If you can relate to Jack’s situation and struggle each day to find time to think about your physical health, this micro skill will interest you.

Most people like Jack have developed poor health habits that over time erode their physical health. The first step for Jack was to list all his habits that negatively impacted his desire to become healthier.

Jack’s self-evaluation concluded that he was making micro decisions daily that were not improving or supporting his physical health. He was picking soda over water, snacked on junk food between meals and at night, drove to his work even though it wasn’t a long walk away, and took the elevator to his fifth-floor office.

Wanting to make change is the first decision that needs to be made and often it is linked to a driving value (such as wanting to be fitter in order to play with your children or grandchildren). Jack had a picture in his head of how he’d like to look and feel now and in the future, so he could be healthy and enjoy his retirement. He determined that what he was doing wasn’t helping him. In fact, as he got older it was threatening his ability to enjoy his retirement and his family.

The framework presented to Jack to make his behavioural change was not a formal program. It was designed so that he could create his own personal program by making one small decision at a time. There weren’t a lot of rules, which allowed for Jack to be creative and flexible.

Jack adopted this approach and made significant lifestyle choices without committing to a structured program. His only commitment was to make better micro decisions each day.

The framework Jack adopted required him to pick at a minimum three of the four factors: physical activity, nutrition, sleep and lifestyle (such as limiting the number of alcoholic drinks he consumed) to focus on each day.

His daily assignment for each factor was to focus on making one better decision. The decisions didn’t need to be big, just better.

It was made clear that there was no right nor wrong way; the only criterion was to make one better decision each day.

Jack liked this idea. It was simple and didn’t require much work other than awareness, focus and intentional decision making.

Each better decision gave him a sense of accomplishment that he was doing something positive to improve his physical health. Here are two of Jack’s better decisions:

He liked having two chocolate bars and two sodas as snacks each afternoon. He came up with the idea that he would take one less bite of the bar and one less drink of the pop. Instead of going cold turkey, he made it easy on himself and noticed that pacing himself got him questioning if he really enjoyed the chocolate bar and soda and why he mindlessly did this every day. Within three weeks, he replaced his snack of two chocolate bars with fruit and his soda with water.

He took the elevator to the fourth floor for a week and walked up one flight of stairs to his office. Each week he got off one floor lower. Within six weeks he was able to walk up to his office without feeling winded, and he noticed his energy started to increase. He liked how he felt.

As a result of making these small changes and sticking to them, Jack lost 60 pounds over 12 months, and totally changed his diet and exercise plan. He found the small daily decisions easy; they didn’t feel like such hard work. They also helped him become aware of what he was doing, which helped motivate him to change. His daily better decisions put him on a path to learn more about nutrition, exercise and sleep and to improve his health and fitness.

To your best health,

Visit How to Prevent Pre-diabetes for more information