Are you exercising but still have high sugar levels? 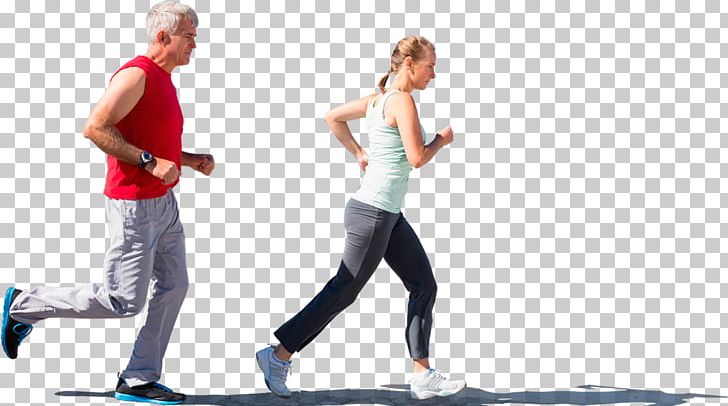 Cardio is a great way to control blood sugar level however what’s just as important is to know your numbers. Read the following article about a woman who monitors her numbers closely.

Do Runners Have a Higher Risk of Developing Prediabetes?

Alicia Tembi is not someone a doctor would be concerned about when she sat down on the exam table. The 36-year-old runs most days a week, is lean and strong, has a healthy weight and takes care of her health.

So at her most recent physical, when Tembi’s blood work was done, her doctor didn’t even notice the numbers were a little off.

“After my annual physical I typically always look at my labs, to make sure nothing is abnormal,” she says. “So I went back and looked and everything seemed normal except my glucose level was high. So I checked previous years, and saw that three years ago it was 68, and now it was 90.”

Prediabetic glucose levels are typically considered 100, so Tembi was getting close.

“I asked my doctor if this was a problem, and she said yes,” Tembi says.

Tembi has a generally healthy diet. She eats five or six small meals a day, with lots of protein, fruits and vegetables. But…

“I indulge in lots of treats, which I always thought was fine because I exercise a lot,” Tembi says. “I almost always eat something for dessert, like chocolate, a cookie, maybe an entire bar of chocolate depending on the day.”

And those treats were likely spiking her glucose level, potentially veering her on a path toward prediabetes, though there are multiple factors that determine someone’s risk, says sports dietitian, Pamela Nisevich Bede M.S., R.D. Prediabetes is the metabolic condition occurring before full onset of Type 2 diabetes, and is related to nutrition choices, activity habits, and weight. “[It’s] certainly not just nutrition,” Nisevich Bede says.

Tembi is not unique among runners for making these dietary choices. “So many runners fall into the trap of ‘if the fire is hot enough, anything will burn,’” Nisevich Bede says. “This mindset spells neither performance nor optimal health. As you’re working to improve health and performance through better exercise habits, work also to improve your diet and make your choices count. Other runners I work with eat fairly healthy but seek ways to tweak and improve so that their goals come into clearer focus, and they can achieve better performance.”

Another problem for runners in particular: Those gels, drinks and bars are all usually packed with sugar, she says.

“Runners do consume higher levels of carbohydrate to fuel their sport, and when going long, many of us rely on gels, chews, bars, and drinks for a dose of simple sugar,” Nisevich Bede explains.

But, she says, taking in these sugars during a workout likely won’t cause prediabetes or other chronic conditions, except maybe cavities. “Instead, this simple sugar is put to work as fuel. If you are a runner concerned about simple sugar intake or looking to avoid the need to fuel while on the run, you could consider transitioning to a lower carb or keto way of eating to reduce reliance on carbs and the need for mid-run fuel,” she says.

However, runners’ diets before and after a workout should not consist of these simple carbs. “Most runners eat far too many ‘crap’ carbs, fueling up on processed grains, simple sugars, and other indulgences,” she says. “We need to consume fuel that does more than provide calories. If you aim for a more balanced intake, and a diet that includes whole grains, fresh produce, lean proteins, and healthy fats, you’ll be on the right track.”

Not to mention, everyone should reduce their sugar intake, including runners, she says.

The 2015-2020 Dietary Guidelines for Americans recommend that added sugars make up no more than 10 percent of daily calories. For a 2,000-calorie diet, that means no more than 200 calories a day should come from added sugars. That’s about 12 teaspoons or 48 grams of sugar, or basically a two-cup serving of vanilla ice cream.

Unfortunately, there is not a lot of research on whether runners are more or less susceptible to Type 2 diabetes, says Jane Reusch, M.D., the associate director of the Center for Women’s Health Research at the University of Colorado’s School of Medicine.

She says that the dietary manipulations runners sometimes do before events—carb depleting and carb loading—could throw off a glucose blood test, so runners should pay attention to when they have their tests done.

Also, because runners are generally a healthy population, Reusch says they may not be screened as often for conditions. “Because of their weight and physical activity, people aren’t thinking they have a problem,” she says.

Reusch adds that in addition to having a good diet despite burning calories, runners should also be aware of their sedentary time. “Just because you go for a run in the morning, doesn’t mean you’re not very sedentary the rest of the day,” she says. “In fact, if you’re running every day, you might be so tired that you’re even more sedentary for the rest of the day.”

But Reusch stresses there are other factors runners can’t control that could lead them to develop Type 2 diabetes, especially family history. “Running is a great preventative strategy, but if you have the wrong parents, you might still develop diabetes,” she says. “Runners should know they’re already doing something very good for diabetes prevention and delay.”

In fact, she says, by running and having a healthy diet, they may delay the onset of the disease for a long time.

That’s what Tembi is now aiming to do. After she realized her glucose levels were high, she immediately made a change.“I stopped eating dessert every day, and now eat it only on weekends,” she says. “I also try to pay attention to my snacks, and I cut out crackers, popcorn, things like that.”

She says she and her doctor decided to check her levels again in December, and she’s hoping to see improvement.

“I wish someone had told me this could happen, but I should know better than to think I could just eat whatever I want and counteract that through exercise,” she says.

P.S. I also suffer from the same dilemma as Alicia Tembi in that I tend to snack after doing my exercises and not being overly active for the rest of the day. However to get healthy and stay that way I realize I must make the change outlined above. My last healthcare checkup proves that diet and exercise does work to reverse pre-diabetes. My numbers continue to remain in the normal range.

P.P.S. Get my free report on “How to Lose Belly Fat” for proven steps to reducing your waist size and maintaining a healthy weight.