Prevent pre-diabetes by knowing the side effects of medications

Who would think that taking medication for one type of illness could cause something as serious as diabetes.  This is exactly what happened to Dr. Ho, an Army physician.

He pointed to his own experience with using prescription medicine for the treatment of his cholesterol condition . . . .  as the cause of him becoming pre-diabetic. Being a fit individual who regularly exercised, he was caught off guard when he became diagnosed with the condition. Fortunately, he was able to determine the cause and fix it.

How many people who are diagnosed as having pre-diabetes might reverse their condition by eliminating certain medications?

Of course, you would only do this under strict approval from you medical doctor or healthcare team.

Dr. Ho was able to eliminate his medications using dietary and exercise protocols and in the process normalized his blood glucose levels.

Read his story in the following article.

An Army Doc: The Paleo Diet and CrossFit Reversed My Pre-Diabetes 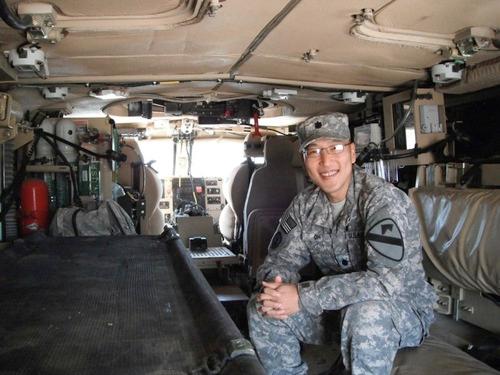 I joined the Army during medical school with the intention of staying in the service for only a few years, but the Army has provided so many opportunities that it’s now been more than 16 years since I signed on the dotted line. I am a family physician in the U.S. Army, specializing in sports medicine.

In addition to my duties as a physician, I am a soldier, and must adhere to the Army’s standards for physical fitness.  For years I’ve made time almost daily to exercise, and have never had trouble passing my annual Army physical fitness test.  Although not endorsed by the Army, CrossFit, a form of high-intensity training (HIIT), is popular among soldiers. In 2007, while deployed to Iraq, a friend introduced me to CrossFit. From my first workout, named “Helen,” I was hooked. Ever since, I’ve used CrossFit as a key part of my training regimen to stay healthy and fit.

Since I make it a point to stay fit, I was shocked to receive a diagnosis of prediabetes a few years ago, when I was in my late thirties. I was stronger and more fit than I’d ever been, my BMI was 23, and I had no family history of diabetes. With my interest in research and evidence-based medicine, I had to figure out why I became prediabetic.

Related: Nearly 3 in 10 Americans With Diabetes Don’t Know It

My research pointed to a potential cause of my prediabetes — the statin medication I started taking for my cholesterol 10 years ago, at a time when the data on a link between statins and diabetes was unknown. Back in the early 2000s, we saw only great benefits to statin use, and didn’t know anything about the diabetes risk. We now know that statins pose a small but real increased risk for developing diabetes.

I immediately stopped using the statin and now I am very cautious about starting a patient without known heart disease on statins. Most people don’t want to start on a medication, and if I can control their cardiovascular risks with nutrition and exercise instead, that’s a big win in my book.

In addition to researching medication side effects, I also researched exercise and diet, knowing the major role they play in improving health and reversing prediabetes. My personal credo is that doctors have to practice what we preach. If I’m talking to my patients about healthy lifestyle choices, especially about nutrition and exercise, I’d better be walking the talk.  In my research of the “constantly-varied, functional movements performed at high-intensity” concept behind CrossFit’s methodology, I found that HIT is just as effective as traditional exercise. The guidelines recommend either 150 minutes a week of moderate intensity or 75 minutes of vigorous intensity exercise. HIT, a form of vigorous activity, allows people to capture the benefits of exercise in half the time.

Related: 8 Smart Swaps to Borrow From the Paleo Diet

Since I was already doing everything in terms of fitness, I began to experiment with my nutrition. Being a CrossFit fanatic, I heard about the low-carb Paleo diet, which is popular in the CrossFit community. Based on gut instinct alone, I took the 30-day challenge described in Robb Wolf’s book The Paleo Solution. Even though I started at 150 lbs. on my 5’7” frame, at the end of 30 days, I had lost eight pounds of body fat and felt great. Most importantly, my hemoglobin A1C, a marker of glucose control, dropped back to normal.

The dramatic results in such a short time took me by surprise, and I began reviewing the medical literature for evidence behind Paleo and other low-carbohydrate diets. I found a growing body of evidence that low-carbohydrate diets can help control type 2 diabetes. For example, both the 2014 Standards of Medical Care in Diabetes published by the American Diabetes Association and a recent review article in the Nutrition journal support low-carb nutrition therapy as an option for type 2 diabetics. Despite the really good evidence, low-carbohydrate diets for diabetes remain controversial. However, just like the statin and diabetes link, I believe that the research will continue to show that a low-carb diet is safe and effective for type 2 diabetics.

Since my prediabetes diagnoses, I have continued to pursue my interest in fitness and wellness, taking a slightly unusual career step and signing up for a mid-career fellowship in sports medicine. It’s more usual for doctors to choose a specialty right after residency, but the Army gave me the flexibility to pursue my interest in helping Soldiers stay healthy and achieve greater fitness.

The Future of Medicine

Primary care sports medicine physicians treat anything from a sprained ankle to heat stroke to diabetes and heart disease, and we are on the front lines of keeping people healthy and fit.  An important part of my job is counseling soldiers — who are like highly-trained athletes — on fitness, nutrition and injury prevention, as well as other wellness and lifestyle changes.  And because I am a family physician, I get to see patients of all ages, including the spouses, children and retirees.  I am tired of treating the seemingly never-ending onslaught of preventable conditions such as obesity, diabetes, hypertension, and cardiovascular disease. The Centers for Disease Control and Prevention (CDC) estimates that 79 million Americans, more than 1 of every 3 U.S. adults aged 20 years or older, had prediabetes in 2010. I believe that to reverse this trend, healthcare needs to change its focus. The future of medicine should be to keep people healthy instead of waiting to treat them only when they get sick. We need to work on identifying disease in the preclinical state in order to prevent it from turning into disease. Prediabetes is a perfect condition to target because with lifestyle choices, we can prevent many cases from turning into full-blown diabetes. My job as a family physician is to fuel the inner motivation in people, and give them all the available tools and resources to help them make those difficult but life-changing choices.

The views expressed in this article are those of the author and do not reflect the official policy or positions of the U.S. Army, Department of Defense or U.S. government.

Lt. Col. Robert Oh is a physician in the U.S. Army who is board certified in family medicine with an added qualification in sports medicine. In his current role he serves as Physician Lead for the System for Health and Performance Triad at the Office of the Surgeon General of the Army. You can follow his fitness journey on Twitter.

P.S.  We all don’t have to be like Lt. Col. and doctor — Ho — who has dedicated his life to health and fitness. We can practice intense interval workouts with many types of exercises including walking, swimming, cycling, rope skipping, using body weight and other forms of resistance, basketball and even bouncing on a trampoline.

P.P.S.  Visit How to Prevent Pre-diabetes for more information.