Have you had your sugar level tested lately? Do you have pre-diabetes?

Diabetes and its precursor pre-diabetes is a disease that’s been afflicting my family for the last forty years . . . . that’s about the time when many  of them migrated from the West Indies to the US. It’s also about the time when fast food was not only a growing trend but became a necessity for the working folks. Although we still ate our healthy traditional meals at home, many times breakfast and lunch were eaten on the road. As a result, things like high blood pressure and diabetes began to appear in otherwise healthy people.

This is not to say that diabetes doesn’t occur in the Islands . . . it does and is becoming a problem there as well, however, not on the magnitude of the US and other westernized countries, based on population ratios.

I have lost close family members to this disease and it is currently affecting others in varying degrees from pre diabetes through dialysis and insulin pump.

Diabetes, including type 1, type 2 and its precursor, pre diabetes, continues to grow at an alarming rate in this country. It is estimated that 29,000 young people are being diagnosed with type 1 diabetes for the first time on an annual basis in the US alone. Can you imagine what’s happening in the rest of the world?

Together, they affect about 90 million people in this country and some 600 million world-wide. These are the diagnosed cases.  How many people are living with this disease and are clueless? I am sure you either have a family member or know someone who is affected by this disease.

What is it?  Where did it come from? Do you have it? How can it be prevented?  These are some of the questions I will attempt answer in this book.

Because pre-diabetes is the potential stepping stone to full-blown diabetes my focus will be on how to prevent pre-diabetes from happening in the first place.

The three main types of diabetes affecting our population today are . . . 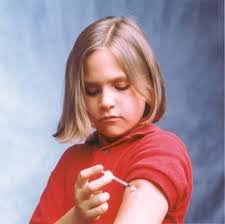 It has been theorized that the origins of juvenile (type 1) diabetes was the body’s reaction to the effects of cold weather on early man. When hunter-gathers lived in the northern climes some 13,000 to 14,000 years ago their bodies had to be able to withstand the extreme temperatures of the ice age. Many inhabitants died. However some were able to survive because their  bodies could retain more glucose in their blood stream. This enabled them to survive the frigid cold temperature since the circulating glucose would to keep cells and tissues from freezing.

Fortunately we don’t have to live in colder climates today, however many people still carry the genetic make-up of their ancestors. Although this is one theory, it seems plausible. The fact is that type 1 diabetes is a condition that continues to plague us today. The good news for those who do have it is that they are not condemned to slow death but can live an almost normal life as those without it.

It is usually triggered by extreme events in a person who is susceptible to it . . .  such as the effects of undue stress, cold weather or a virus

Symptoms of type 1 diabetes include:

If you are experiencing any of these symptoms let your doctor know so that further tests can be done to determine whether or not you have the disease.

If you do have it . . . . take heart; it’s not the end of the world. You will now have to make some life style changes. You will need to learn certain rules when managing your diabetes, one of which is to visit with your doctor more often so that they can check on your status and make adjustments to your diet, insulin intake and . . . . make sure you’re testing yourself regularly.

Insulin will be a type 1’s best friend since they will need to take it several times each day. They will have to know how much to take, when to take it, how certain activities like exercise affects glucose, the effects of low and high blood sugar, types of food to eat and those to avoid plus a myriad of other pertinent information. Their healthcare provider and a good dietitian will be able to educate and guide them throughout the process.

Type 2 diabetes has been around since the time of ancient Egypt and was diagnosed then by observing the sweetness of someone’s urine. Yes — someone actually tasted the urine to determine the presence of excess sugar. It was also noted that ants would gather at the urine site of someone who had the disease. 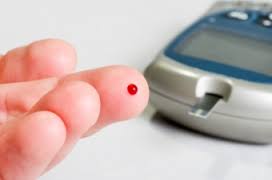 This type of diabetes is much more prevalent than type 1, affecting about 92 % of the total population of diabetics, which is estimated to be 26 million people in the US and approximately 425 million people worldwide.

Diabetes Mellitus, as it is formally called, is a condition whereby the pancreas’ beta cells does not produce enough insulin or the body has lost the ability respond to it.

(Insulin is a hormone that helps to get sugar (glucose) from the circulating blood into body’s cells where it’s needed for energy. You can call it the key that unlocks receptors in the cells to allow glucose to get in.)

Although type 1 diabetes is growing, diabetes mellitus has been affecting a larger number of the population at an  alarming rate over the last few decades . . . . and continues to do so in spite of the many scientific advances.

If it continues at its current rate, it’s estimated that in another twenty years close to half the population of the US will have type 2 diabetes or its precursor pre diabetes. It is directly related to diet and exercise and is being noticed more and more in young people.

One of major risk factor that jump starts type 2 diabetes is being over weight.

So how do you know if you have this type of diabetes? Let’s look at some clues that would signal the beginnings (pre-diabetes) or full-blown diabetes. They include:

As you can see, the symptoms are very similar to those of type 1 diabetes but the causes are different.

If you have more than one of these indications, please check with your doctor or health-care provider.  They can confirm whether you have this disease or not and advise as to the next steps to take. Although anyone can get type 2 diabetes, it seems to affect African-Americans, Latinos, Native Americans and people of Asian Pacific origins more than other ethnic groups.

If type 2 diabetes is left unchecked it can lead to kidney failure. Imagine what it’s like to be hooked up to a dialysis machine three times per week for the rest of your life. Who wants that?

It could also cause blindness, peripheral neuropathy, strokes, heart attacks and even amputations. This is not a disease to be taken lightly as the consequence can be life changing. Many of these complications have had a direct impact on my family and I am doing all in my power to prevent my children from getting this disease.

How many people are walking around with this disease and don’t know they have it? You now have some idea as to ‘what is diabetes’. If you suspect that you have it based on the symptoms listed above please seek professional help.

The good news is that once it’s confirmed that you have type 2 diabetes there are corrective measures that can be taken to prevent major complications if caught in time.

Research is ongoing to find a permanent cure for this disease but until then follow your doctor’s advice and control your weight through diet and exercise. The earlier you know, the sooner you can take the necessary steps to correct it.

A third type of diabetes is gestational diabetes. It is a condition which occurs in women who have high blood sugar during pregnancy. It happens when the pancreas of  mother-to-be can’t make enough insulin during pregnancy.

During pregnancy, the body makes more hormones and experiences other changes, such as weight gain. These changes cause the body’s cells to use insulin less effectively, a condition referred to as insulin resistance. Insulin resistance increases the body’s need for insulin. If your pancreas can’t make enough insulin, you will have gestational diabetes.

The problem with gestational diabetes is that it can affect the baby and result in certain health issues, one of which is that baby will be more likely to become overweight and develop type 2 diabetes as he or she grows up.

Even if blood glucose levels return to normal after pregnancy, the chances of getting diabetes—usually type 2 diabetes—later in life are high. Therefore, women who had gestational diabetes should be tested at least every 3 years for diabetes or pre-diabetes.

To restore their body’s proper hormonal balance they should eat a healthy diet and start an  exercise program to control their weight.

4 Responses to Have you had your sugar level tested lately?