Have you had your sugar level tested lately? Act now if you’re pre-diabetic and want to prevent diabetes

How to prevent pre-diabetes or Borderline diabetes

If you have been to the doctor in the last six months, were you checked for elevated blood sugars? Have you been noticing that you vision is getting blurry lately or that you are peeing more often than usual? Diabetes, and its precursor pre-diabetes, has been a growing problem and unfortunately this disease is not being taken seriously by individuals and the healthcare profession.

Prior to the passage of the Affordable Care Act, insurance companies could and in many cases did refused to treat someone with diabetes — labeling it a pre-existing condition. Now however, healthcare providers cannot refuse you since insurance companies must now offer coverage.

Diabetes is a treatable disease if it is diagnosed early and pre-diabetes can be reversed with lifestyle changes. The complications are devastating . . . . not only to long term health but to your wallet.

Please read the following article which highlights the shortcomings of our healthcare system in relation to this disease.

The Disease Many Americans Don’t Know They Have 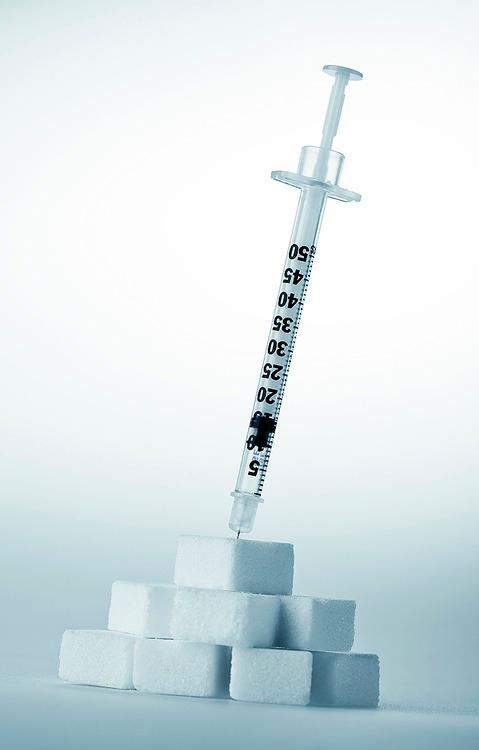 As a nation, our sugar addiction is catching up with us — yet many of us are still unaware the stuff is wreaking havoc inside our bodies. (Getty Images)

You’d think a disease that can cause blindness, leads to amputations, and is the 7th leading cause of death in the United States would incite mass panic.

Yet Americans — and even some doctors — don’t take diabetes very seriously. (Did you even know it’s American Diabetes Month?) “Sometimes, people think ‘serious’ means things that kill you right away,” said Dr. Carlos del Rio, chair of the Emory University Department of Global Health. “But, the reality is, I would be more concerned about diabetes than Ebola.”

This lax attitude toward the disease may explain why nearly 30 percent of Americans who have diabetes don’t realize it, according to a new study in the Annals of Internal Medicine, conducted by Del Rio and other Emory University scientists. They analyzed health data for 29,353 people from the National Health and Nutritional Examination Survey, identifying those with diabetes based on levels of fasting glucose and hemoglobin A1C (an indicator of blood-sugar control).

Overall, about 12 percent of all U.S. adults had diabetes, which translated to 28.4 million people in 2012. Among those, nearly 8 million hadn’t been diagnosed — a stat that’s made all the more alarming by the fact that most regularly went to the doctor: Two-thirds of undiagnosed diabetics had seen a health care provider at least twice in the past year, the study found.

Going undiagnosed — or even just delaying the process — is asking for internal trouble. The longer diabetes goes untreated, the worse the outcome tends to be. “Once the disease sets in, it’s really progressive,” study co-author Mohammed Ali, an assistant professor of global health at Emory University, told Yahoo Health. “It may be slow in some cases, but it leads to really disabling and often fatal complications.” Common but scary outcomes include vascular disease, kidney disease, or eye disease, which can lead to blindness.

On the flip side, if you catch and control diabetes early, “patients are very likely to do well, in terms of delaying the onset of all these horrendous complications, preserving their quality of life,” said Ali.

Unfortunately, the nature of the disease means that patients who should be undergoing blood tests often slip through the cracks: Diabetes is typically asymptomatic until people develop serious complications, so doctors don’t necessarily have clear cues to prompt them to suggest testing early on (although weight, family history, and lifestyle should be a consideration). “Diabetes is the silent killer,” said Del Rio.

And because the U.S. is a nation of episodic care — that is, we seek medical attention for specific symptoms, rather than as a matter of routine — doctors aren’t necessarily thinking about performing preemptive blood tests on high-risk people. Instead, they’re usually focusing on, say, the patient’s back-pain problem, and not his or her overall care.

However, doctors are only one part of the equation: Patients may not be proactive about seeking care, Ali said, perhaps as a result of a low perceived risk of diabetes, poor insurance coverage, or even just time constraints. In the study, young people (ages 18 to 44) were especially likely to go undiagnosed, probably because they only seek care if they feel sick. “With diabetes, you don’t feel bad per se,” said Ali. “There’s a whole lot going on inside you, but you don’t feel it.”

Even after patients are diagnosed, they aren’t necessarily controlling their diabetes, either. “We may not link them to care properly or maintain them in care,” said Del Rio. “It’s a whole cascade of care issue.” In the study, only about 1 in 5 diagnosed diabetics refrained from smoking and had achieved the targets for hemoglobin A1C, blood pressure, and LDL “bad” cholesterol.

An estimated 75 percent of those with known diabetes also had high blood pressure. “It’s a double whammy,” Del Rio said. “High blood pressure impacts your blood vessels, and diabetes impacts your blood vessels. And it’s blood vessel disease that leads to stroke and heart disease.” In fact, diabetics are 1.5 times time more likely to be hospitalized for a stroke and about 1.7 times more likely to die of heart disease than people without the disease, according to the American Diabetes Association.

“Basically, the guidelines say, ‘Don’t just focus on sugar,’” said Ali. “Do the whole ABCD: the A1C is the sugar measurement that we use, B is blood pressure, C is cholesterol, and D is do not smoke.”

So how can our health care system ensure diabetes is caught, as well as treated? The first step: Increasing the emphasis on primary care, so patients regularly see doctors who monitor their weight, cholesterol, blood sugar, and vital signs, while also assessing their family history. “Chronic diseases are not controlled by episodic care,” said Del Rio. “You need to have somebody that monitors you regularly.”

And patients who are diagnosed shouldn’t be shy about voicing their concerns about the prescribed treatments — for example, side effects of diabetes drugs or a lack of time to exercise. That way, doctors can help devise solutions that patients are more likely to comply with.

It’s not entirely up to the patient to halt diabetes in its tracks, though. “We need to start focusing on [figuring out] the interventions we need to do in order to improve outcomes,” Del Rio said. “I envision doing more testing, and not only in the health care settings.” He sees workplaces, community centers, churches, and even local fairs as potential diabetes testing sites, and once people are flagged for the disease, he believes insurance companies should consider getting involved.

“We could work with insurance providers to ensure people are actually getting their medications and not falling out of care,” said Del Rio. “Because, at the end of the day, if we don’t pay for care now, we’re going to pay for care later when they develop renal disease and other complications.”

P.S.  Physical activity is an integral part of the lifestyle changes necessary not only to prevent diabetes but also to slow its progression. It is imperative that you get checked if you have any of the risk factors of this disease and get started on a regular exercise program.

P.P.S.  Visit How to Prevent Pre-diabetes for information on targeted exercises to help reverse the potential complications of diabetes.